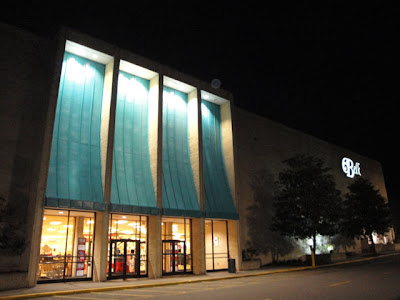 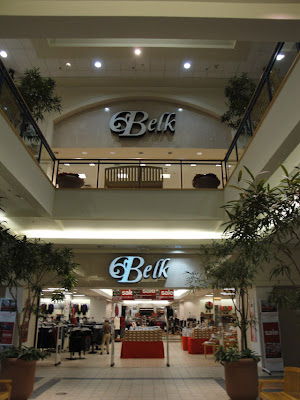 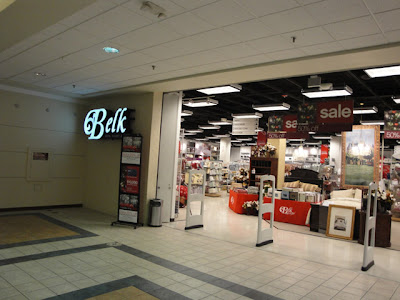 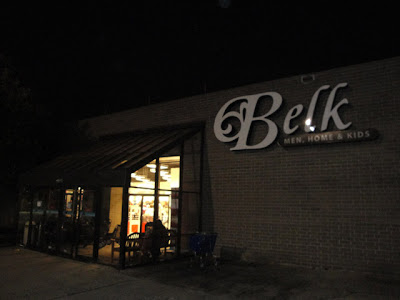 The main Belk store at Bristol Mall opened in 1978 as Parks-Belk, once the Belk operating group responsible for stores in East Tennessee and Southwest Virginia. It was a relocation from a store in downtown Bristol.

When Parks-Belk sold out to Proffitt's in 1995, Belk retained this location, along with another in Wise. Those two stores were the only remaining Virginia locations of Parks-Belk, which once boasted stores in Galax, Marion and Pulaski, among other cities, that were closed when Belk shifted away from downtown locations.

in 2005, Belk bought Proffitt's, returning the East Tennessee Parks-Belk stores to their original owner, linking again this store to its former sister stores in Johnson City and Kingsport. The Kingsport store sports a nearly identical exterior.

Though it has had routine remodels and updates, the basic store remains a classic Seventies Belk design.

Belk Men, Kids & Home opened in 1978 as a branch of Miller's of Tennessee, which was a division of retail conglomerate Garfinckel, Brooks Brothers, Miller & Rhoads, Inc.

In 1981, with the acquisition of its parent conglomerate, Miller's became a part of Allied Stores. In 1986, Miller's was acquired in a hostile takeover by Hess's. Hess's sold this location, among others, to Proffitt's in 1992.

On March 8, 2006, Proffitt's stores were converted into Belk stores. Belk acquired the chains in July 2005 from Saks Incorporated (formerly Proffitt's Incorporated).
Posted by Livemalls at 5:42:00 PM