From the photo collection of frequent LiveMalls contributor Brian comes a series of recent photos from the Dillard's (former Ivey's) at Orange Park Mall in Orange Park, Florida (just outside Jacksonville). This store has not been renovated since Dillard's took over the location from Ivey's in 1990. Brian's comments are listed in Italics below: 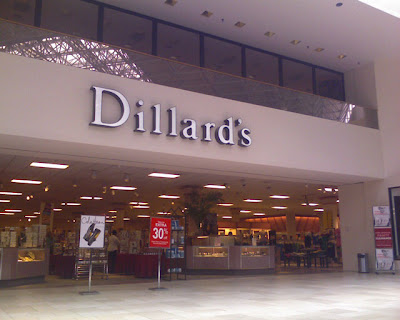 001 - Mall entrance, center court of the mall. As was typical, the glass on the second level was a restaurant as Ivey's, but is currently Dillard's offices for, according to the sign, all of North Florida. Sort of ironic that they would have their offices at a store that is decidedly less upscale than the other Jacksonville-area stores. 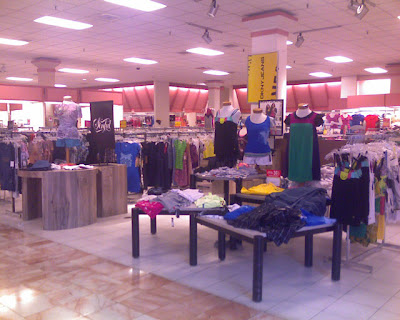 002 - Women's wear, first level. Notice the pink and purple walls, which, to my memory, have not been touched. On the wall, there are scars from various brand logos that have been taken down over the years. 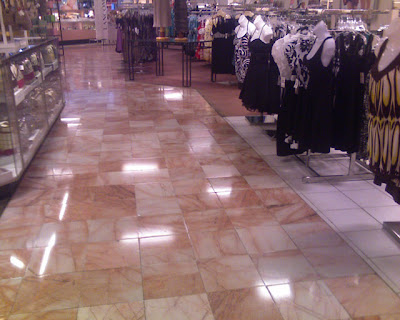 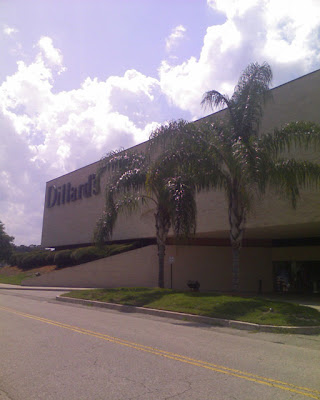 004 - Outside entrance to men's department. Classic Ivey's Florida exterior. The stores in Daytona Beach and Merritt Island are very similar. 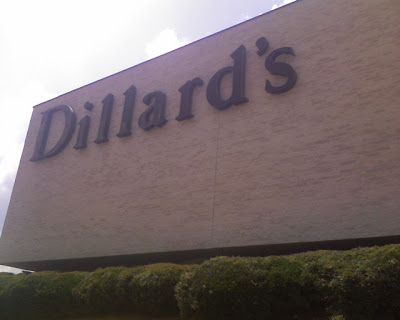 005 - Dillard's, time, and the Florida weather have done a great job of eliminating the Ivey's labelcar. I've found in my travels that Dillard's does a better job than anyone at covering up old labelscars. In person, you can make out where the old sign anchors were, but nothing else. 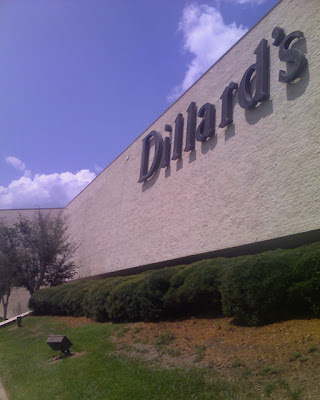 006 - Side of building. Oddly, there is only a sign, but no entrance on this side. 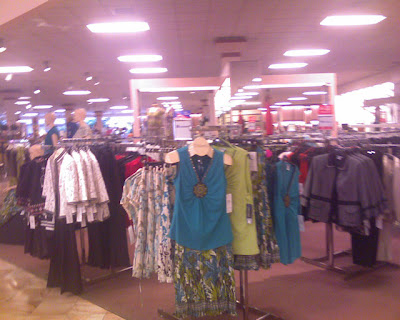 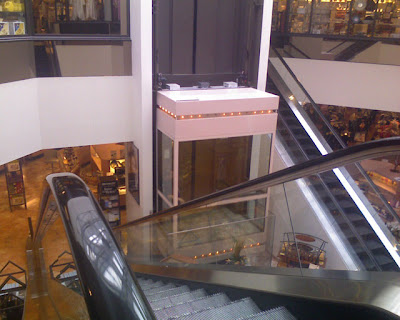 008 - The classic Ivey's glass elevator. I dreamed of these as a kid. 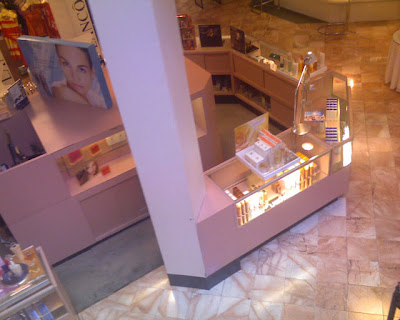 009 - A look at cosmetics from above. I was actually trying to get a shot of the blonde Lancome chick, but she walked off. :-( 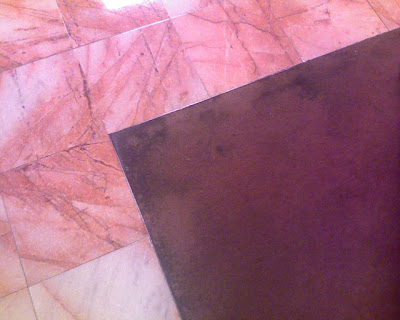 010 - A closeup of the pink marble and the extremely nasty and well worn pink carpet. Both original to the store.

Many thanks to Brian for his generous contribution.
Posted by Livemalls at 8:55:00 PM