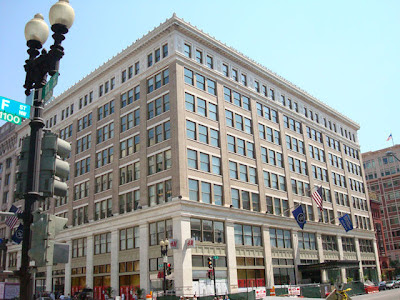 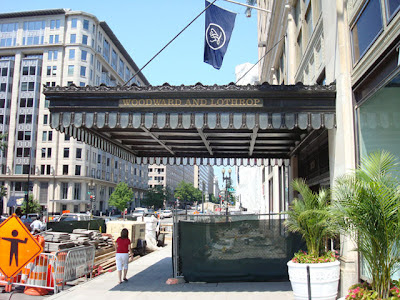 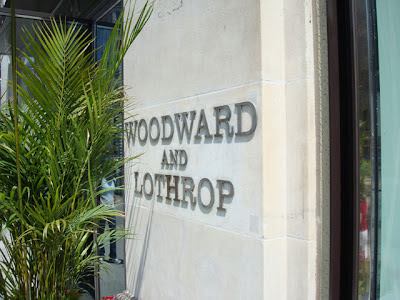 Woodward & Lothrop was once one of Washington's premier retail businesses. This building served as the department store chain's flagship location from 1887 to 1995, with various renovations creating the lasting form in 1927.

At its peak, Woodies, as it was affectionately called, operated a 400,000 square foot store at this site and over numerous branch stores in the District of Columbia, Maryland and Virginia, with a Philadelphia division that consisted of over a dozen John Wannamaker stores.

Increased competition and economic pressures led to the demise of Woodward & Lothrop in 1995, when The May Department Stores Company, parent of nearby rival Hecht's, purchased the chain out of bankruptcy, closing many of its stores and converting the rest to its Hecht's and Lord & Taylor nameplates. Many former Woodies stores were in turn sold to JCPenney, which suffered financial troubles of its own in the '90s and ended up closing most of the acquired locations due to poor sales.

The downtown Washington store, after many failed development plans, has become a mixed-use building, with street level retail and offices upstairs.
Posted by Livemalls at 8:31:00 PM

Email ThisBlogThis!Share to TwitterShare to FacebookShare to Pinterest
Labels: Woodward and Lothrop