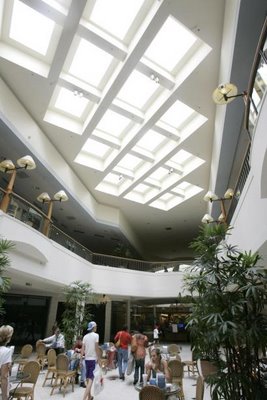 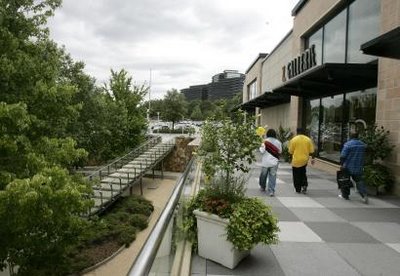 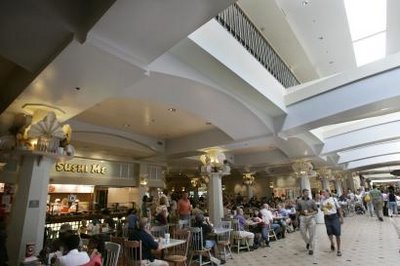 Perimeter Mall is a major shopping mall in Atlanta that opened in 1971. Located in the upscale Dunwoody community in Dekalb County, it is a two level mall that originally opened with anchors Rich's and JCPenney, connected by an I-shaped corridor. The mall opened two years after I-285, the Perimeter Highway for which the mall is named, was completed.

Considered upscale, but not as upscale as Lenox Square, the mall has remained successful for over 30 years. Currently, the mall is anchored by Bloomingdale's (formerly Macy's), Dillard's, Macy's (formerly Rich's), and Nordstrom.

The mall was first expanded in 1982 when a western wing of the mall was added, greatly increasing the size of the mall. The wing included a new food court and a Davison's department store, which was changed to Macy's only a couple years later.

With competition from North Point Mall, a new and larger mall to the north, and pressure from Lenox Square and Phipps Plaza, Perimeter Mall was completely renovated and expanded again in 1998. This renovation saw the addition of another wing off the 1982 wing. The new wing was the location of Georgia's first Nordstrom which opened in 1998.

The renovation also included another wing that included a collection of moderate to upscale restaurants including the Cheesecake Factory in what had previously been a dark open corridor and the main entrance to the mall.

The mall saw its first anchor closure in 2000 when JCPenney vacated its location at the mall. This location remained vacant for several years. This was worsened in the spring of 2003 when Macy's also closed its former location to merge with Rich's. However, the former Davison's/Macy's building was renovated extensively and reopened in October 2003 as a Bloomingdale's in that company's entrance into the Atlanta market along with its new Lenox Square location in another former Davison's/Macy's.

2005 was also very significant as the JCPenney had finally been demolished to make way for a new Dillard's that opened that year along with the renaming of Rich's-Macy's to Macy's. While the mall is now better than ever and continues to thrive, the center has little in common with its original self with all of the original anchors gone and much changed in the center since it originally opened in 1971.

Information from Wikipedia
Posted by Livemalls at 9:33:00 PM