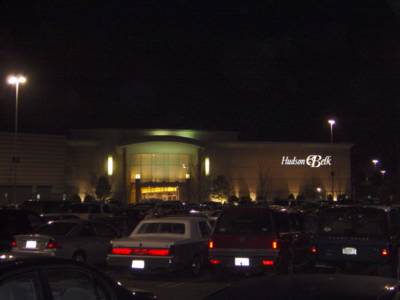 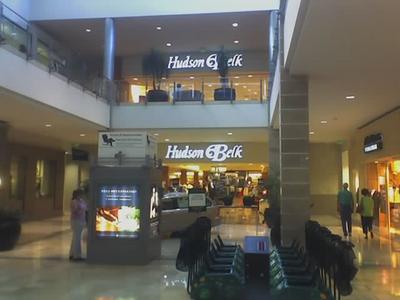 This Hudson Belk store is the chain's newest under the hyphenated banner. Opened in August 2002 at Triangle Town Center, this 180,000 square foot, two-level store is an anchor of of the first totally new enclosed mall built in Wake County since 1979.

Design-wise, the store is done in Belk's 'millenium' style; substantially more contemporary than most of the chain's locations. A very similar design is used at stores in Durham (Southpoint) and Charleston (Citadel), South Carolina. A version of the design was also planned for the renovated SouthPark store in Charlotte, but was rejected as too contemporary, though many of the details of this store live on in the Neoclassical-themed Charlotte location.

Belk reorganized its corporate structure in 1998, replacing 112 seperate store corporations (!) with a single corporate entity headquartered in Charlotte. The Husdon family, half-owners of the former Belk Hudson Leggett corporation which controlled the Raleigh stores, became the largest non-Belk family stockholders in the new Belk corporation, which meant that while many of the other hyphenated names that typified Belk stores were retired, Hudson Belk remained.

There is a subtle nod to the new corporate structure, however. Contrast the sign on this store with the sign on the Crabtree store and you may notice the 'Hudson' portion of the newer sign is noticably smaller than it was on the older store. I think that Belk will probably remove the Hudson portion in the near future, as it is the last surviving hyphenated logo in an increasingly standardized company.
Posted by Livemalls at 3:30:00 AM