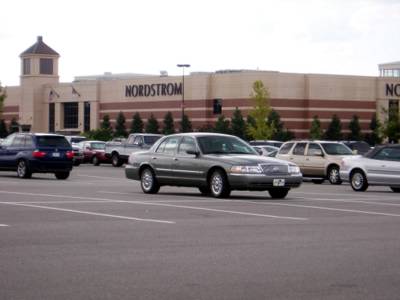 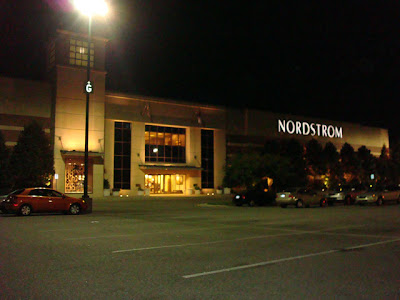 No doubt about it, The Streets at Southpoint mall in Durham, North Carolina, would have never been built without an anchor store commitment from Nordstrom.

The signing of Nordstrom to the mall located near the Research Triangle Park encouraged JCPenney and Hudson Belk to move from their longtime homes at South Square Mall, seven miles way in west Durham, to the new center, joining committed anchors Hecht's and Sears and adding leverage to the center's tenant mix. South Square closed after losing Penney and Belk, leaving the Durham market ripe and ready for new retail space.

A host of upscale boutiques that define Southpoint followed in Nordstrom's wake, and Southpoint is considered the second-most upscale mall in the Raleigh-Durham area, behind longtime regional powerhouse Crabtree Valley Mall in sales and prestige, but not by much.

The 144,000 square foot, two-level Nordstom is one of the chain's smaller stores, but is also one of its latest store prototypes, utilizing neo-traditional exterior design, more open space and a more efficient department layout. It also features a full-service restaurant on the second floor.

Southpoint was also the first Nordstrom store in North Carolina, opened on March 11, 2002, two years before the Charlotte store at SouthPark, though the Charlotte store was committed to first by the company. Legal troubles delayed a major expansion project there, and Nordstrom was a key component of the new construction.
Posted by Livemalls at 11:08:00 PM

Email ThisBlogThis!Share to TwitterShare to FacebookShare to Pinterest
Labels: Nordstrom, The Streets at Southpoint